Wireshark is a network protocol analyzer, and is the standard in many industries. It is the continuation of a project that started in 1998. Hundreds of developers around the world have contributed to it, and it is still under active development. Read or write many different capture file formats: tcpdump (libpcap), Catapult DCT2000, Cisco Secure IDS iplog, Microsoft Network Monitor, NAI Sniffer (compressed and uncompressed), Sniffer Pro, and NetXray, Network Instruments Observer, Novell LANalyzer, RADCOM WAN or LAN Analyzer, Shomiti or Finisar Surveyor, Tektronix K12xx, Visual Networks Visual UpTime, and WildPackets EtherPeek,TokenPeek, or AiroPeek.
Download
0/5 No votes
Report
Developer
Wireshark FoundationVersion
3.0
Requirements
Windows XP / Vista / Windows 7 / Windows 8 / Windows 10
Size
51.7 MB

The Ethereal network protocol analyzer has changed its name to Wireshark. The name might be new, but the software is the same. Wireshark‘s powerful features make it the tool of choice for network troubleshooting, protocol development, and education worldwide.

Wireshark was written by networking experts around the world and is an example of the power of the open-source. The app is used by network professionals around the world for analysis, troubleshooting, software and protocol development, and education.

The program has all of the standard features you would expect in a protocol analyzer, and several features not seen in any other product. Its open source license allows talented experts in the networking community to add enhancements. 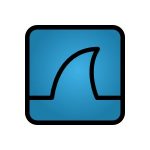 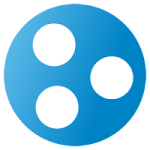